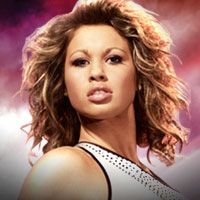 Tempest is a full-time athlete, competing in the heptathlon. She has previously won four gold medals in the English schools competition, been the national javelin champion two years running and is the national pentathlon indoor record holder. Since taking up athletics at the age of 11, Tempest has consistently been ranked in the top three for at least one of the heptathlon events.