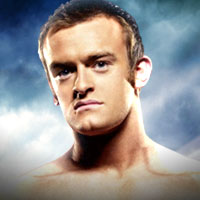 Leaves nothing in his path - extinguishes his opposition.

Oblivion has been a professional wrestler since the age of 16, performing for All Star Wrestling. He was one of 60 athletes selected from around the world to train at the pro wrestling NOAH camp in America. Previously, Oblivion played football to county level and had trials for Norwich City, participated in the national swimming championships and played tennis in the national ladder in 2002 and 2003.