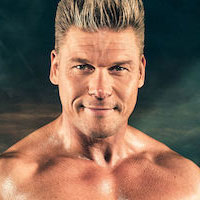 "Turbo is an interesting fellow, very positive, he wins and loses with a positive attitude, acknowledges everyone, and feels no fear", describes Aki Manninen.

Turbo is also full of surprises and one can't discipline him. Turbo runs a well-being business with his wife, Rita Niemi-Manninen, fellow Gladiator Laser who he met prior to his stint on Gladiators in the Finnish reality television show Temptation Island Suomi' in 2015.

He loves to get people moving and give them a good feeling. His background in sports is rich: track and field, giant slalom, judo, martial arts and gym training throughout his life. Turbo considers physical stamina and mental determination to be his best traits. "I've trained myself to a level where I can easily beat all my younger opponents in the arena", he says. His specialty event was the Suspension Bridge.

Turbo and his wife Laser, who was pregnant at the time of filming, did not return for the Finnish Gladiators (Gladiaattorit) 2019 season.