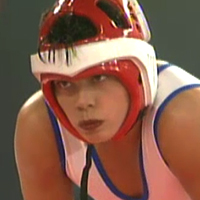 Hurrikaani was chosen as one of the original Gladiators. However, when competing on Conquer, her very first event on Gladiaattorit, she hyper-extended her knee and was unfortunately unable to compete again.

Hurrikaani is one of three triplet sisters. Her two sisters Harriet and Marina both competed in Finnish Gladiators as Contenders. Harriet also sustained a knee injury which led her to withdraw from the competition and unable to compete in the Eliminator, whilst Marina suffered an injury during her Eliminator performance and was unable to complete the course.