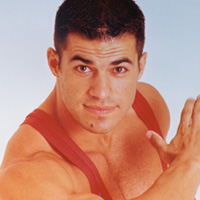 Blade has played rugby since high school and has played for the Northern Transvaal Rugby Union. He was selected to represent South Africa in the Camel Trophy in Borneo in 1995, and was a Mr. South Africa Action Man finalist in 1996. He has won several titles including Mr. Centurion and Sandton Hunk of the Year. Blade is also an internationally qualified bodyguard and was a continuity presenter on SABC.