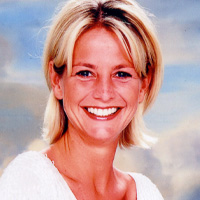 Ulrika was just as much part of the Gladiators show as the Gladiators themselves, she presented every series of the show on ITV. Starting her career as a weather presenter on TV-am in 1989, Ulrika went on to be a team captain on comedy quiz show Shooting Stars and present many television shows including the 1998 Eurovision Song Contest and Dog Eat Dog.

In 2009, Ulrika took part in Series 6 of Channel 4's Celebrity Big Brother. She won the series with 57% of the final public vote during the final. She once again entered the Big Brother house in August 2010 for Ultimate Big Brother, reaching the final and finishing seventh.