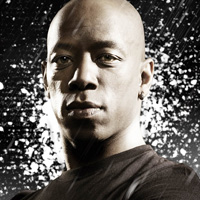 Ian Wright is a former England international professional footballer who won the Golden Boot and is a current television and radio personality. He has played for Crystal Palace, Arsenal, West Ham, Nottingham Forest, Celtic, Burnley and England. He has gained 33 England caps and is one of Arsenal's highest ever goalscorers.

Ian made his TV debut in 1998 with his own chat show 'Friday Night's All Wright'. After retiring from football in 2000 he presented 'Friends Like These' for BBC 1, 'This Is My Moment' for Granada, 'Sing It Your Way' for Carlton and 'An Audience with Lennox Lewis' for LWT. In 2003 he presented 'The National Lottery Wright Ticket' and 'What Kids Really Think' for the BBC. He also became a BBC Sport's regular and football pundit, appearing on live matches for the FA Cup, England internationals and other major tournaments. Nowadays he presents a drive-time show on talkSport four days a week.

Ian was awarded an MBE in 2002 and inducted into the English Football Hall of Fame in 2005.