Rocketball was an event that was saw the Contenders face off against two Gladiators in a high flying basketball game.

Each player was attached by harness to a bungee cord. The Contenders each had a bin of coloured balls that they would try to place in one of two coloured baskets, one white and one yellow, hung from the ceiling of the arena. To do this, they would press a button on the stage floor which would launch them toward the baskets. The Gladiators, meanwhile, had buttons of their own and would use theirs to launch themselves up to play defense. 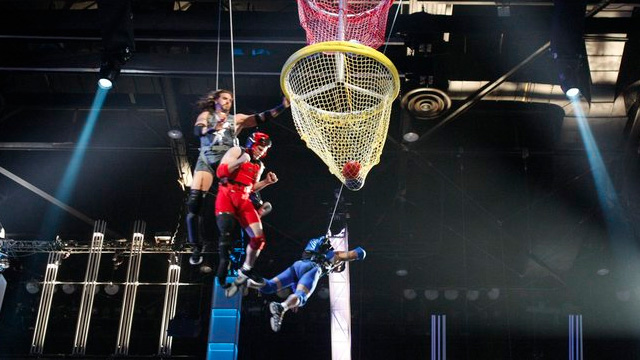