The Gladiator stands on a raised platform at one end of the arena armed with a tennis ball launcher which fires balls at 10 mph at the Contender.

The Contender is at the other end of the arena and their objective is to hit a target above the Gladiators head using weapons at four evenly placed stations.

While under-fire from the Gladiator the Contender must fire each weapon within 10 seconds as the stations self-destruct every 10 seconds.

If the Contender has made it through to all the stations without being hit or hitting the Gladiators target, they can dive through a perspex cylinder to punch a target lower down.

The Gladiators must score a direct hit on the Contender's body to rule them out of the game.

A ricochet from the floor, station or weapon will not count.

The event is stopped when either a Contender or Gladiators target has had a direct hit. 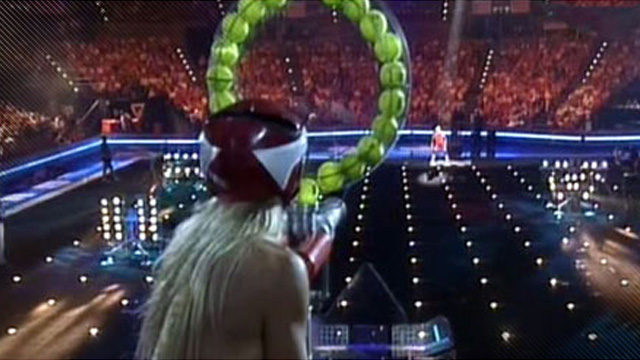