The Contenders start from one end of the playing area on ramps, and the Gladiators start from ramps at the other end.

On the whistle Gladiators and Contenders roll their Atlaspheres to the centre of the arena before scoring can begin.

Contenders score points by rolling over four evenly placed pods, the Gladiators have to attempt to block them.

A successful score is when the base of the Contenders sphere hits the sensor plate in the pod, setting of a plume of CO2.

A Contender may not score on the same pod in consecutive attempts unless they have first made an attempt to score on another pod and been thwarted.

Gladiators may not double-team a Contender and cannot detain a Contender's Atlasphere for more than 10 seconds. 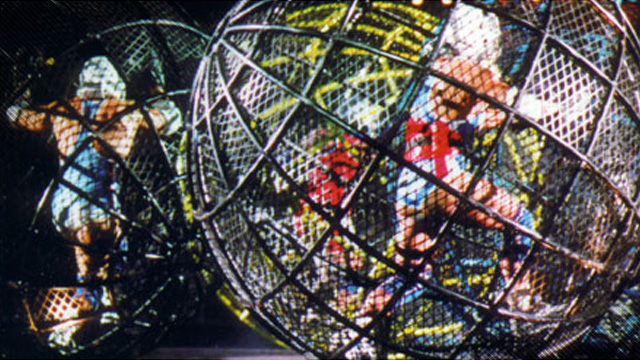